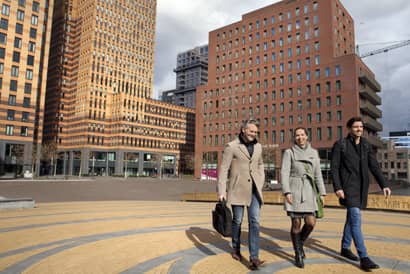 Brexit had a significant effect on the financial markets and the supervision of the Authority for the Financial Markets (AFM) in 2018. Consumers will have noticed mainly the efforts of the supervisor to combat irresponsible lending. Among other things, the AFM explains in its annual report how its supervision of consumer credit has led to positive results.

The AFM estimates that between 30% and 40% of the European equity and bond market will come to the Netherlands from the United Kingdom. The AFM made thorough preparations for this last year. Around 150 interviews were held with parties from the United Kingdom, and so far more than 40 new licences have been issued. The organisation and the ICT infrastructure has been prepared for a possible 10-fold increase in the trading volume that the AFM will have to supervise.

The lengthy period of uncertainty regarding Brexit and the potential terms of this are a challenge for the market. The AFM notes that large companies are generally well prepared to deal with the risks posed by Brexit. It continues to be important that all financial enterprises continue to actively prepare for various scenarios that could ultimately occur.

People with problematic levels of debt often become financially dependent for a long time and are at risk of social isolation. The AFM therefore strives to combat irresponsible lending. This is achieving results. Reviews of providers of consumer credit show that far fewer continuous credits were provided and safer loans were offered. In concert with market parties, the AFM also ensured that more than 50,000 people trapped in very expensive loans again have the prospect of a debt-free future.

The AFM warns consumers against pay-day loans and has imposed measures on parties that break the rules. Partly as a result, only one pay-day loan provider continues to operate in the Netherlands. Parties from other countries operating online continue to be a problem. The AFM has requested the Minister of Finance for regulation to empower it to take more effective action against these providers. Another request for legislation is designed to link the term of a hire purchase agreement to the economic life of the product being purchased.

The AFM has urged mortgage providers to identify and address the risks of interest-only mortgages. The AFM recognises the need for making homes more sustainable, but does not believe that this should be to the disadvantage of vulnerable home-owners. Dutch household debt is already high, when compared to international standards. The AFM therefore assesses the initiatives for sustainability measures against the standard of responsible mortgage provision within the current frameworks and standards.

Freedom of choice for pensions alone is not sufficient

The debate on a new system for pensions is ongoing. In this context, the AFM has reviewed the increased freedom of choice available to pension scheme members. The AFM looked in particular at the introduction of the Premium Schemes (Improvements) Act (Wet verbeterde premieregeling), that includes many elements that are raised in this debate. With its review published today, the AFM identifies the risks and concludes that greater freedom of choice alone is not sufficient and that this requires careful implementation in practice.

Read the annual report for a full overview of the AFM’s activities in 2018.

Members of the press can contact Marieke Ziedses des Plantes, AFM spokesperson, on 020 - 797 2039 or at marieke.ziedses.des.plantes@afm.nl.