Members of the executive board

You can find an overview of the members of the AFM Executive Board and the Chief Operations Officer (COO) here.

Laura van Geest is chair of the Executive Board of the Dutch Authority for the Financial Markets (AFM) since 1 February 2020. Within the board, she is responsible for communication, the internal audit services, strategy, policy and international affairs, and the AFM’s Expert Centre.

Van Geest has had several positions at the Dutch ministry of Finance. She began her career working on foreign financial affairs. After a stay as advisor at the International Monetary Fund (IMF), she focussed on interior issues, acting as general treasurer and Director-General for the national budget. She was director of the Netherlands Bureau for Economic Policy Analysis (CPB) until 2020.

During her career, Van Geest has dealt with a wide variety of issues and stakeholders. That includes currency crises, pension reforms, and social health insurance laws, as well as the calculation of election programmes, and yearly financial risk reports.

Hanzo van Beusekom has been a member of the Executive Board of the Dutch Authority for the Financial Markets (AFM) since 1 June 2018. Within the board, he is responsible for the supervision of capital markets, audit firms, legal affairs, and the AFM’s programme on data- and technology-driven supervision.

From 2011 until 1 June 2018, Van Beusekom was a partner at a strategic consultancy specialising in strengthening supervision. He has supported more than twenty supervisory organisations in the Netherlands and internationally.

Hanzo van Beusekom previously worked at the AFM from 2003 to 2010, as head of the Supervision Group for major financial institutions and head of Strategic Analysis. Before that, he was a strategy consultant at The Boston Consulting Group. Upon his return at the AFM, Van Beusekom focussed on cross-sector supervision and renewal, with a particular focus on data- and technology-driven supervision. From 1 September 2019 to 1 February 2020, he was acting chair of the Executive Board.

He has a particular interest in contributing to organisations that create public value. In this, his focus is on change that enhances these organisations’ effectiveness. Van Beusekom studied economics in Amsterdam and obtained an MBA at INSEAD in Fontainebleau.

Hanzo van Beusekom is married and has two children. 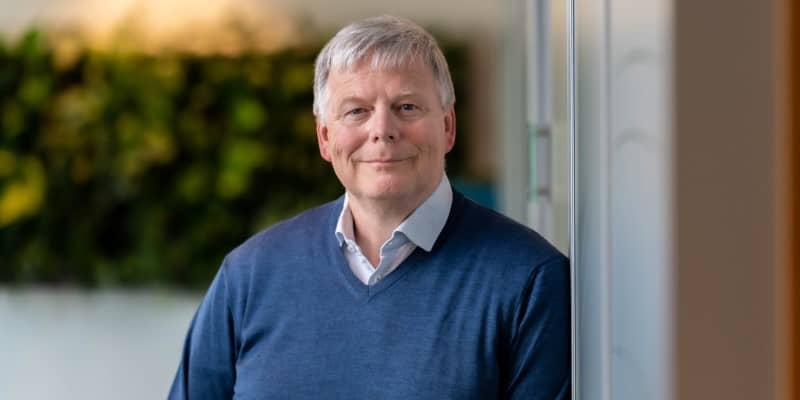 Jos Heuvelman has been a member of the Executive Board of the Dutch Authority for the Financial Markets (AFM) since 1 September 2018. Within the board, he is responsible for the AFM's supervision of the retail market. The retail market includes loans, savings, investments, insurances and pensions. He is also responsible for AFM's supervision of Asset Management, retail and institutional.

Heuvelman worked at the Dutch Central Bank (DNB) as central banker and as supervisor of the financial sector for (nearly) 33 years. Prior to his appointment at the AFM, Jos Heuvelman was the division director of the Supervision of European Banks. Within the Single Supervisory Mechanism, his division at DNB was responsible for the day-to-day supervision of the six big Dutch banks.

At DNB, Jos Heuvelman held a range of management positions in different supervisory divisions, at both national and international level. In these positions, he dealt with banks, insurers, pension funds, investment companies and portfolio managers, among other things. Jos played an instrumental role in various major changes within DNB, including the introduction of the European banking union. He also headed up various international working groups.
Heuvelman studied econometrics in Groningen, economics in Amsterdam and obtained a Master’s degree in financial risk management at the NYU Stern School of Business.

Jos Heuvelman is married with 3 children.

From 2006, Van Schoten worked for the Netherlands Court of Audit. From 2009, she was the Court’s Secretary-General and in this position she was, among other things, responsible for the administrative organisation of approximately 300 professionals. During her time at the Court of Audit, she was focused on strengthening the Court’s role in which innovation played an important role. Before she was appointed Secretary-General, she had been an audit director at the Court of Audit. In this position, she had been in charge of the government-wide accountability audit, resulting in the approval of the central government accounts.

Previously, she had worked as Director Forensic Auditing at PricewaterhouseCoopers, and as Deputy Director at the Institute for Research on Public Expenditure. She also held various positions at the Ministry of Finance and at the Ministry of Social Affairs and Employment.

In 1999, Van Schoten obtained her doctorate from the Vrije Universiteit Amsterdam on the subject control and audit of financial derivatives with non-financial institutions. In addition to her doctorate in economics, she has a postgraduate diploma in Accountancy.