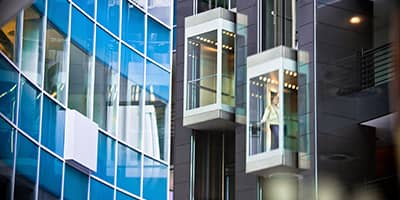 In March 2020, as the pandemic triggered exceptional lockdown measures around the world, financial markets underwent an episode of high volatility and sharp price declines. To curb any amplification of the unidirectional nature of the markets and restore investor confidence, six European regulators, including France's Autorité des Marchés Financiers (AMF), imposed a temporary ban on short selling.

No short sell ban in the Netherlands

Other European regulators chose not to take any temporary measures. In particular, the Netherlands Authority for the Financial Markets (AFM) considered that it had not observed any market failures requiring supervisory intervention, and therefore did not consider a short selling ban as an effective measure against the effects of the pandemic on the markets.

As part of their remit to monitor the proper functioning of markets, the AMF and AFM have analysed the impact of these intervention measures on their respective markets. Managed by the same market operator, the French and Dutch markets operate according to the same rules and have a similar structure, making it easier to compare the effects on the two markets.

In analysing returns, volatility, trading volumes and transaction costs, the study shows that the ban had mixed effects. These effects were in particular observed for the sectors that were hit the hardest and most subject to selling pressure during the crisis.

Among the main findings of the short selling ban period, the AMF and the AFM found:

AFM 2021 Annual Report: a strong year with a market record, rapid increase in number of retail investors and shift of trading to Amsterdam