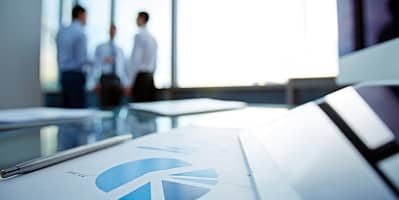 The Netherlands Authority for the Financial Markets (AFM) and the Dutch central bank (DNB) see that financial enterprises in the Netherlands have made progress in their transition to alternative interest rate benchmarks. At the same time, action is still needed, in part where the inclusion of fallback provisions in contracts is concerned. This is apparent from the analysis of a joint request published on AFM.NL on 25 November 2020.

Many contracts are now based on future-proof benchmarks, including EURIBOR. However, important issues still remain, such as the inclusion of fallback provisions in financial contracts should the benchmark in use disappear. Market parties are struggling to adopt adequate fallback provisions and are waiting for standards from working groups, such as the Working Group on EU Risk-Free Rates, or international industry organisations. The AFM and DNB believe that market parties should also take the initiative in this respect.

Poor preparation for the transition can lead to multiple risks. These include uncertainty about payments or valuations, legal conflicts, reputational damage, operational problems, and the reduction of liquidity in the markets for commonly used derivatives. An accumulation of risks can ultimately threaten financial stability. The AFM and DNB are therefore closely monitoring the transition phase and are calling on financial institutions to switch to suitable alternative interest rate benchmarks and to include fallback provisions in contracts where applicable.


The AFM is committed to promoting fair and transparent financial markets.

AFM 2021 Annual Report: a strong year with a market record, rapid increase in number of retail investors and shift of trading to Amsterdam

What is meant by “cluster munition”?

For the definition of “cluster munition”, Section 21a(1)(a) of the Market Abuse Decree under the Financial Supervision Act refers to Article 2(2) of the Convention on Cluster Munitions.

The Convention was published in Treaty Series 2009-45.

Link to the Convention: https://zoek.officielebekendmakingen.nl/trb-2009-45.html
The English text is “authentic” (original text); later in the document is a Dutch translation.

What does the ban entail?

In accordance with Section 21a of the Market Abuse Decree under the Financial Supervision Act, a financial enterprise with registered office in the Netherlands must adopt effective measures to prevent it from:

Which enterprises have to apply the ban?

The ban has to be applied by a financial enterprise that is established in the Netherlands and is a:

Application of the ban is also mandatory for branches and tied agents abroad of such an enterprise, but only if the head office based in the Netherlands bears responsibility for their operations.

Advising does not strictly fall within the scope of the rules on cluster munitions.

The ban is clearly aimed at preventing the effecting or commissioning of transactions, the granting of loans and the acquisition of shares that are not freely tradable. Advising within the meaning of Section 1:1 of the Financial Supervision Act does not encompass this. However, the intent of the legislation is that financial enterprises, as referred to in Section 5:68 of the Act, should develop policy for advising in connection with cluster munitions. In any such cases, therefore, the appropriateness of the advice will also have to be assessed in the light of Section 21a of the Market Abuse Decree under the Financial Supervision Act.

Send this question
To all frequently asked questions