AFM fines SBM Offshore for non-timely disclosure of inside information

On 28 March 2019, the Dutch Authority for the Financial Markets (AFM) imposed an administrative fine of €2,000,000 on SBM Offshore N.V. The fine was imposed because SBM Offshore failed to disclose inside information (previously referred to as price-sensitive information) in a timely manner on four occasions during the period between March 2012 and November 2014.

SBM Offshore is a publicly listed company that supplies installations for the production and storage of oil and gas products worldwide. The AFM has established that SBM Offshore has failed to disclose the following information (inside information) in a timely manner:

Because of the violations of SBM Offshore, investors were unable to make their investment decisions based on the correct information. This has damaged confidence in the market. The AFM is committed to fair and transparent financial markets and therefore considers a fine to be an appropriate course of action in this case. Furthermore, this fine helps to raise awareness of the importance of a timely provision of information to investors about indications of corruption or bribery and the consequences thereof.

Size of the fine

The fine of €2,000,000 imposed by the AFM only relates to the way in which SBM Offshore informed its investors between 2012 and 2014 about the developments in the bribery case. The AFM has not investigated that case itself. The base amount of the fine in this case is €2,000,000 and the AFM considers that amount to be appropriate. The AFM considers the violations to be serious and culpable but it also takes into account the fact that SBM Offshore may, as a result of the decision of the AFM, once again be negatively associated with the (alleged) bribery itself, with regard to which SBM Offshore has already reached settlements with the Dutch Public Prosecutor's Office and the American and Brazilian authorities.

Interested parties can submit the decision of the AFM to the courts for review.

The full decision can be downloaded below in PDF format. If you have questions or complaints, you can contact the AFM's Financial Markets Information Line: 0800-5400 540 (free of charge). Please note: The AFM may change or supplement the aforementioned publication text depending on the circumstances at the time of publication. 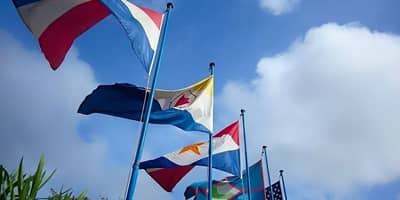 Caribbean Netherlands: adjustment of standard amounts for lending as of 1 April 2021

What is meant by “cluster munition”?

For the definition of “cluster munition”, Section 21a(1)(a) of the Market Abuse Decree under the Financial Supervision Act refers to Article 2(2) of the Convention on Cluster Munitions.

The Convention was published in Treaty Series 2009-45.

Link to the Convention: https://zoek.officielebekendmakingen.nl/trb-2009-45.html
The English text is “authentic” (original text); later in the document is a Dutch translation.

What does the ban entail?

In accordance with Section 21a of the Market Abuse Decree under the Financial Supervision Act, a financial enterprise with registered office in the Netherlands must adopt effective measures to prevent it from:

Which enterprises have to apply the ban?

The ban has to be applied by a financial enterprise that is established in the Netherlands and is a:

Application of the ban is also mandatory for branches and tied agents abroad of such an enterprise, but only if the head office based in the Netherlands bears responsibility for their operations.

Advising does not strictly fall within the scope of the rules on cluster munitions.

The ban is clearly aimed at preventing the effecting or commissioning of transactions, the granting of loans and the acquisition of shares that are not freely tradable. Advising within the meaning of Section 1:1 of the Financial Supervision Act does not encompass this. However, the intent of the legislation is that financial enterprises, as referred to in Section 5:68 of the Act, should develop policy for advising in connection with cluster munitions. In any such cases, therefore, the appropriateness of the advice will also have to be assessed in the light of Section 21a of the Market Abuse Decree under the Financial Supervision Act.

Send this question
To all frequently asked questions