13 April 2017 News This news is older than 3 years. Therefore it is possible that the information is no longer valid. 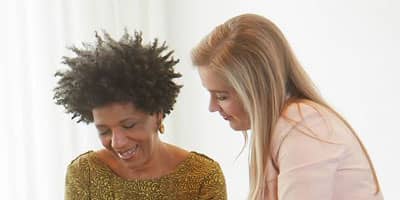 • Intervention to protect tens of thousands of consumers
• Investment in preparing for European capital markets regulation
• Measures to improve the quality of statutory audits
• Imposition of 750 measures and €8.5 million in fines

The Dutch Authority for the Financial Markets (AFM) was effective in reducing risks for consumers and investors in 2016. To encourage innovation, an InnovationHub was set up in collaboration with DNB. The AFM also invested in technology and new supervisory methodologies based on behavioural science. The AFM sought increased international cooperation. The AFM aims to solve existing problems and prevent future problems with a targeted supervisory approach. Intervention continues to be necessary, with 750 measures and €8.5 million in fines imposed in 2016.

Merel van Vroonhoven, chair of the Executive Board of the AFM: “We made good progress on three strategic priorities in 2016: reducing risk in the financial markets, renewing our supervision and making our organisation more adaptable.

Money flows, products, services and data in the financial sector are increasingly moving freely across national borders and across the boundaries of the traditional sectors. This presents opportunities for economic growth and innovation, but it also entails new risks. We continue to exercise intense supervision in order to reduce these risks.

Now that the economy is improving, there is the temptation to ease the regulations. But in our view, an easing of regulations would not be appropriate given the increasing complexity of the financial markets. New supervisory methodologies and changes to legislation will continue to be necessary.

Technological developments and cross-border traffic place high demands on the way in which we carry out our supervision and the methods we use to do this. International cooperation is essential and inevitable. We therefore advocate the closer international cooperation among EU supervisory authorities. Legislators and supervisors are collectively responsible for protecting vulnerable consumers and investors, especially given this new dynamic.

In view of the rapid technological developments in the financial sector, the AFM believes that the use of data and the application of technology should be given a higher priority in the public agenda.”

Intervention to protect tens of thousands of consumers
The AFM’s approach to supervision is designed to address existing problems in the market and prevent future problems for consumers and investors. And it has done this effectively, assisting tens of thousands of consumers with loans that offered little or no prospect of repayment. These loans, including so-called interest-only loans, have been converted into loans that are repaid. In addition, groups of customers will pay 4 percentage points less in interest on revolving credits. On the advice of the AFM, the independent Derivatives Committee presented a compensation framework so that banks would offer appropriate compensation to the approximately 19,000 misled SME clients with interest-rate derivatives.

Progress has been made on preventing future problems for consumers and investors. All the providers of payday loans in the Netherlands have ceased their activities. The AFM also took strong action in 2016, placing 22 boiler rooms on a public warning list and warning 783 consumers that they were included on boiler room call lists. In addition, the AFM took the lead internationally with respect to a ban on the advertising of high-risk investment products. The AFM will thus prevent consumers and investors getting into difficulties with inappropriate or harmful products that lead to losses that have to be dealt with at a later date.

With respect to mortgages, the AFM wishes to prevent the situation that homeowners with an interest-only mortgage have a residual debt when their mortgage matures that they cannot repay. The AFM has requested the major banks to formulate a plan to actively approach their more vulnerable customers and assist them in finding alternatives. A guideline has also recently been published that clarifies the calculation of the fee for early repayment of a mortgage so that homeowners will pay a fair fee for early repayment. In 2017, the AFM will carry out experiments together with the market to see how potentially vulnerable consumers can be encouraged to repay their mortgages.

The AFM is a strong proponent of realistic and comprehensible communication regarding pensions, so that a pension shortfall can be identified at an early stage. The AFM focuses on vulnerable groups such as self-employed persons and persons who have been divorced. The information provided to scheme members on pensions, including on the risk of curtailment, the possibilities for pension commutation, and the impression given in the Uniform Pension Overviews (UPOs) improved in 2016. The AFM’s published position paper gives shape to the renewal of the pension system with a personal pension account for every scheme member. This system must provide room for differences between scheme members and a good balance between freedom of choice and protection for scheme members.

Investment in preparing for European capital markets regulation
The supervision of the capital markets and investor protection is becoming increasingly international in nature. European regulation is assigning new duties to the AFM. There was much investment in 2016 in preparing the market in the area of market abuse (MAR) and the capital markets (MiFID II - Markets in Financial Instruments Directive). The aim of MiFID II is to make the European financial markets more efficient and transparent, and to increase investor protection. In the supervision of prospectuses, there was a 17% increase in the number of prospectuses submitted for approval. Thirteen of these applications were rejected.

In a cross-border financial sector, international cooperation between regulators and supervisors is essential for the regulation of conduct by companies and the use of data. The AFM strongly supports far-reaching cooperation and occupies a number of positions in the international playing field, such as chairing the ESMA committee for investor protection and the Monitoring Group that oversees the establishment of global standards applying to auditors.

Measures to improve the quality of statutory audits
Confidence is a precondition for the proper functioning of financial markets and the protection of financiers. For this reason, auditors are subject to intense supervision with respect to the quality of their statutory audits. The four largest audit firms were fined in 2016 due to shortcomings in their audits of financial statements that negatively affected the reliability of the information. Inadequately performing audit firms that do not perform audits for PIEs (public interest entities) have also been placed under more intensive supervision. The AFM will report again on the quality of the statutory audits performed by the big 4 audit firms in 2017. The results of the review of the implementation and safeguarding of improvement measures and change plans at PIE audit firms will also be published.

Supervision in 2016: increase in the number of measures to 750
Intense supervision in 2016 resulted in a range of formal and informal measures. The number of formal measures (100) in 2016 was almost double the number imposed in 2015. More orders for incremental penalty payments were imposed, mainly on providers of payday loans. There were also more instructions and more public warnings issued. The public warnings primarily concerned boiler rooms and ill-intentioned providers of financial products. There were 650 informal measures in 2016, an increase of 75 on 2015. A total of 15 fines were imposed in 2016. These mainly concerned more serious, complex and therefore more labour-intensive cases. The fines imposed amounted in total to €8.5 million.

The Expertise Centre founded in 2016 is driving the technological and methodological renewal at the AFM. The AFM is increasing its effectiveness through the use and analysis of data. The AFM has also strengthened its supervision with knowledge from the behavioural sciences. The AFM’s supervision focuses closely on good provision of information. We also supervise product development processes. But this is not enough. Consumers clearly do not always make rational decisions, and they are influenced by the way in which information is presented. The AFM is now looking at how products are offered in light of insights from the behavioural sciences.

Together with DNB, the AFM has set up the InnovationHub and what is known as the regulatory sandbox, or the ‘specific approach to innovation’. The AFM thereby offers room for innovative market parties so that they will develop their innovative ideas with the customer’s interests in mind.

3. Increasing the effectiveness, efficiency and adaptability of the organisation

The changed environment requires the organisation to be flexible in order to continually improve. The AFM has simplified its organisational structure and redefined its governance model. The AFM also collaborates intelligently with other regulators.

As part of its strategy, the AFM has itself assessed regularly in order to test and improve its supervision. Reviews of the AFM conducted in 2016 included the Ottow Committee (testing of directors), Alvarez & Marsal (interest rate derivatives) and the International Monetary Fund (AFM-wide).