24 August 2015 News This news is older than 3 years. Therefore it is possible that the information is no longer valid. 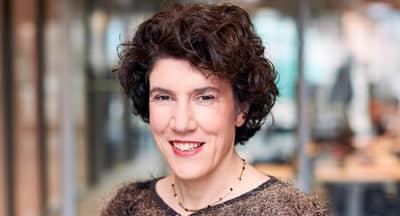 On 24 August, Finance Minister Dijsselbloem announced that Femke de Vries would be joining the Executive Board of the Netherlands Authority for the Financial Markets (AFM) as of 1 October 2015. The appointment follows the nomination by the AFM’s Supervisory Board and is for a term of four years. Both the Executive Board and the Supervisory Board of the AFM are pleased to see the appointment of Dr de Vries. She succeeds Theodor Kockelkoren, who will leave the AFM as of 15 October.

Dr de Vries (1972) is an experienced supervisor. She has been with De Nederlandsche Bank (DNB) since 2003, where she was a supervisor and a division director. In her current position as Secretary-director, she manages the internal operations of DNB, and is responsible for monitoring the running of the organization. Before this, she was first the Division Director with responsibility for supervising pension funds and investment firms, and then the Division Director for the supervision expertise centre. In these positions, she played a key role in changing the supervisory culture at DNB.

Since March 2015, Dr de Vries has been Professor by Special Appointment of Regulatory Enforcement, at the University of Groningen. In her research and teaching work, she focuses on supervisory developments relating to such issues as how transparency and the effects of supervision can boost compliance with the set norms and help to satisfy society’s expectations in this context.

Paul Rosenmöller, Chairman of the AFM’s Supervisory Board: "Femke de Vries possesses extensive knowledge and experience of the financial sector, as well as of its supervision. She also has experience of managing a complex organization. This is a rare combination. It makes her eminently suitable to exercise control over the AFM jointly with the other members of the Executive Board."

Diana van Everdingen, member of the Supervisory Board, who put forward the nomination in her role of Deputy Chairman: "In addition, as Professor by Special Appointment, she can put her academic knowledge of supervision into practice at the AFM. This will benefit the organization. We are delighted that she has been appointed.”

Merel van Vroonhoven, Chairman of the Executive Board: “Supervision by the AFM is undergoing radical change. Innovation in the financial sector, such as that relating to technology and new revenue models, demands different standards for the quality, intensity and type of supervision. This entails the need to further develop the supervision provided by the AFM. Accordingly, the AFM requires a highly qualified director and supervisor who can strengthen the current board. Femke de Vries has proven experience and expertise in the field of financial sector supervision, as well as regarding innovation of the supervision itself. We are therefore convinced that she will boost the further development of the supervision we exercise. We look forward to her joining us."

Femke de Vries: “I’m looking forward to playing my part in the supervision provided by the AFM. In doing so, I will utilize the valuable experience gained as a supervisor at DNB, for example, with the implementation of the new approach to supervision. I look back with much satisfaction and gratitude on my years at DNB. At the AFM, I will join my new colleagues working on market conduct supervision to further laying out the route that the financial sector must continue following to make a sustainable restoration of confidence."

Given Dr de Vries’ wide experience and the position’s level of responsibility, the Minister of Finance and the Minister of the Interior and Kingdom Relations both consider an appropriate gross annual salary to be €218,950, including employer pension contributions and a fixed expense allowance. This is in line with the individual exception as laid down by the Act standardizing the remuneration of senior executives in the public and semi-public sectors (“Wet normering bezoldiging topfunctionarissen publieke en semipublieke sector”, or WNT). If Dr de Vries is reappointed, the amount will be reduced to €209,000 after three years. An agreement has also been reached whereby the income of Merel van Vroonhoven, the Chairman, will be adjusted to €220,000 if she is reappointed in 2018. This is in accordance with the transition legislation of the WNT.