Advertising ban for binary options and other toxic investment products

16 September 2016 News This news is older than 3 years. Therefore it is possible that the information is no longer valid.

When answering Parliamentary questions on 16 September, Minister of Finance Dijsselbloem announced that he will start working together with the Netherlands Authority for the Financial Markets (AFM) on an advertising ban in the Netherlands for toxic investment products for consumers. The AFM has been warning consumers for some time about binary options and the leverage effect of Contracts for Difference (CfDs).

"We consider it very important to introduce an advertising ban on binary options and other toxic investment products", states Merel van Vroonhoven, chair of the AFM Executive Board. "Advertising for these investments entices consumers with the prospect of earning money fast, but it is actually the case that you can easily lose all of the money you have put in" In accordance with the advice issued by the AFM to the Minister, it is being assessed how the advertising ban could be structured and to which investment products it should apply.

The AFM considers it a step in the right direction to protect consumers against the marketing of providers of toxic investments. It often involves financial instruments with a large leverage as a result of which the investor could sustain considerable losses, such as the case with CfDs. Moreover, new European regulations (MiFID II) are expected in January 2018, which will make it possible to impose stricter requirements on high-risk investment products for consumers.

In the Netherlands, these types of high-risk investments are mainly offered by foreign parties. The advertising ban will also apply to providers who operate in the Netherlands on the basis of a European passport. The AFM works together with other European supervisors to prevent aggressive providers from entering the European market. The AFM has since started a further analysis of the Dutch market for CfDs, which is expected to be completed by the end of this year. 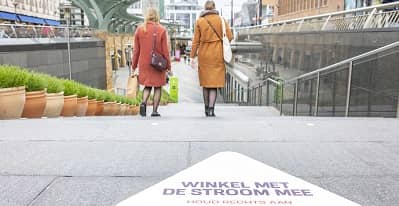 Annual report 2020: a year of coronavirus, volatile markets, Brexit and a new pensions system on the horizon